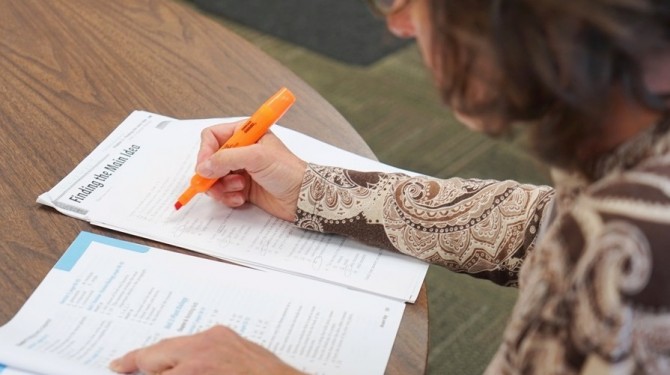 It’s nearly impossible to talk about education without the words “standardized tests” coming up, but what exactly is a standardized test and why are they such a big deal?

This means that it shouldn’t matter to whom the test is given or who is grading it; the results should measure a specific skill accurately and reliably.

The SAT and ACT are probably two of the more common tests designed to be done like this, and when we talk about a standardized test most people think of those first. But a standardized test doesn’t have to be multiple choice bubbles. The new GED test, for example, uses drop-down menus, drag-and-drop items, and clickable graphics to give more variety to the questions students are expected to answer.

Going further, there are some tests which use something called “authentic assessments” to test skills in action. An example of an authentic assessment would be asking a baseball player to throw a pitch through a wooden board with the strike zone cut out. If they can throw the ball into the hole it’s a strike. We can easily repeat this test with any person in any location.

How do they decide what’s passing?

So how do we determine what a passing score is? There are two ways of “grading” a standardized test: criteria-based and norm-based.

Criteria-based tests look at whether or not each test-taker can complete a skill. The strike-zone test above might be used like this. When you throw the ball, you either get a strike or you miss.

A norm-based test is given to a sample group of people, similar to the group to whom you hope to give the finished test. You measure how the sample group does and decide what an acceptable performance is compared to that sample.

Most standardized tests in schools use norm-based scoring. The sample group takes many questions, and a series of scores are made based on how well or how poorly the sample does.

So what’s the controversy?

Standardized tests are an excellent tool when used for measuring a specific skill. The reason that they are so controversial is that many people believe that they are being overused and don’t accurately reflect a person’s skill.

Standardized tests cannot measure every aspect of a student’s performance, and they work best when everyone taking the test has a similar background. But sometimes, a test will be designed in such a way that it is easier for some people to take.

The SAT, for example, used to have vocabulary questions that often used boating terms.  If a student had never been on a boat, they’d struggle to answer a question that the SAT’s designers expected to be much easier.

Designing a test that doesn’t have bias based on culture, background, or specific experiences is a very difficult process, and there are some who say it’s impossible to have a truly universal test.

The GED exam suffers from this difficulty more than other tests do. In reality, the GED test isn’t just given to high schoolers, like it is in the sample group. GED test-takers can be anywhere from 18 to their 60s or 70s. There have even been 90-year olds who have passed the test! This makes creating a uniform standard for everyone much more difficult.

Standardized tests were originally created to have a measurement that everyone could use as a benchmark of achievement. Some people believe that the tests are the only objective way to compare people from different backgrounds, locations, and experiences. Others contend that because those factors are so meaningful and impossible to remove when creating or taking a test, that standardized tests are inherently unfair.

Like any other tool, standardized tests can be a great assistance when used correctly. However, the line between correct use and overuse or misuse is difficult to determine. Standardized tests are likely to remain controversial, but they’re also here to stay.

You can support adult learners as they prepare for the GED test by donating to Seeds of Literacy today.

When Seeds returned to the Union Club to host the first in-person event in two years, no one was sure what to expect. But it …