[VIDEO] Seeds in the News: The Educational Journey of Erica McCrary 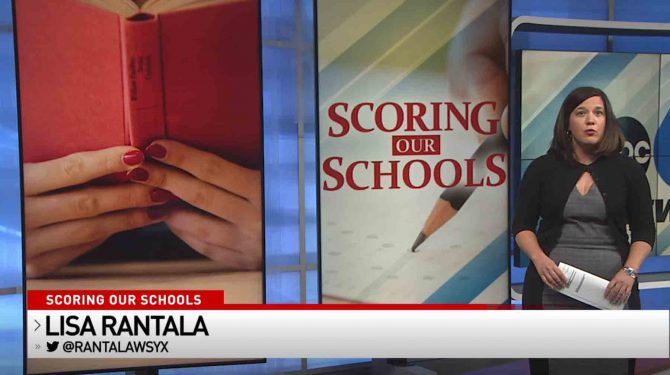 Seeds of Literacy is in the news again. This time, it’s a piece from Columbus reporter Lisa Rantala. The story focuses on Seeds student Erica McCrary, a student who graduated high school without the ability to read or do basic math.

The story is part of Rantala’s “Scoring Our Schools”, an investigative series that examines failures in Ohio’s various school systems. Her indictment of the Cleveland Metropolitan School District schools McCrary attended is a powerful one. “Every year, Ohio taxpayers fork out more than $10 billion for primary education,” she informs viewers, “kindergarten through the 12th grade, to make sure every child learns the skills they need to give back to the community.” The implications are clear: our education system let Ms. McCrary down.

But stories about Seeds are never stories without hope. About halfway through the clip, Seeds makes an appearance. Rantala interviews Bonnie Entler, our Executive Director, about the struggles that students like Erica—some of whom graduated high school, but many of whom did not—face when they first come to Seeds of Literacy. The story highlights Cleveland’s literacy crisis, citing the city’s 66% rate of functional illiteracy among adults.

In this frustrating story of a student lost in the system, it’s easy to ignore the positives of Erica’s story. Since enrolling at Seeds in September 2017, she’s raised herself to a fifth-grade reading level. “She’s really made strides in terms of her confidence in reading,” says Site Coordinator Kara Krawiec. Erica has also developed a strong educational bond with tutor Ed Round, a relationship we’ve written about on our blog.

Though Erica’s story represents great failures, it also represents small victories. She didn’t get the attention she needed in high school. But in the Seeds classroom, help—and individualized, one-to-one instruction—is never far away. For all the students in Cleveland who were left behind by the system, Seeds is there. And with help from donors, volunteers, and tutors, we’ll continue to be there, for Erica and for the rest of the 66%.

Watch the segment and read her article here.