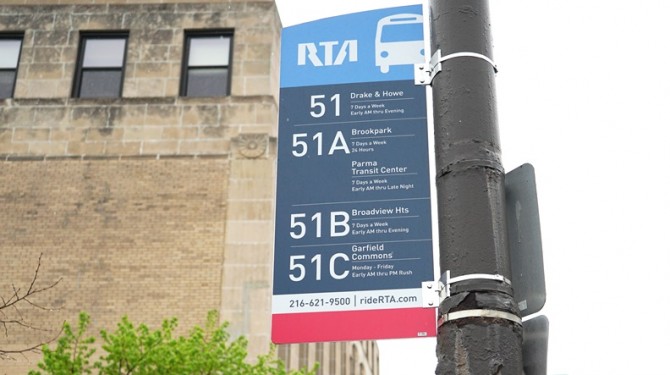 That why we’re concerned about the proposals to address a $7 million deficit in the Regional Transit Authority (RTA)’s 2016 operating budget.

Last month, RTA held a series of community meetings to explain proposed fare and service changes, and also to hear public comments. There were a number of proposed scenarios, which boil down to:

As these meetings were open to the public, they were also an opportunity for the community to voice their comments, questions, and concerns regarding the proposals. Seeds of Literacy encouraged our students to take part and voice their concerns, but as an organization we did not submit public comments of our own, nor did we actively assist our students in forming their written opinions to submit for public comment.

This was a mistake. Let this post be an attempt to begin to correct that mistake and a pledge to do better moving forward.

As a public body, RTA is responsible for maintaining a balanced budget — but they should not be making up the shortfall on the backs of an already economically distressed population.

Increasing fares, even by just 25¢, will disproportionately harm low-income riders. Low-income households that have to spend more on transportation are forced to find ways to cover those costs, often with negative consequences for the household.

Similarly, increasing fares for paratransit (the door-to-door service for riders who are unable to ride RTA because of disability) adds additional barriers for those who are already the most challenged by mobility issues. Any increase in paratransit rates would be a major disservice to individuals who are often living on a fixed income.

Transportation is cited as a bigger concern than even child care or work schedule. Requests for bus passes come in almost daily to Seeds staff: in person, over the phone, and in our suggestion boxes. We even found it necessary to post the bus schedules near the clock, to help our students relieve transit-related stress.

If RTA raises fares or cuts services, they will only be raising the hurdle that many Seeds students are already struggling to overcome. Seeds students don’t need another, higher barrier to reaching their goals.

Close to 90% of the roughly 1,000 annual Seeds students are low income. If they are going to rise above, they need affordable, reliable access to opportunities like education and employment. As RTA moves forward with their proposals, they are certain to further disadvantage a great number of individuals who are already “cut off.”

Consider Lakeview Terrace, a 700-plus-unit CMHA public housing community tucked between the Shoreway and the industrial side of Whiskey Island, which is currently served by the #81 bus. Between roughly 7 a.m. and 10 p.m., seven days a week, the #81 makes regular stops in front of Lakeview Tower (part of Lakeview Terrace), and from there it’s just a few minutes’ ride in either direction to Public Square or W. 25th & Lorain — two of Cleveland’s biggest transit hubs.

RTA’s initial proposal included ending the “deviation” to Lakeview Terrace altogether, which would have further isolated an already “cut off” community from the rest of the city. Thankfully, RTA has reconsidered this decision in its latest revised proposal, but will still end service after 3 p.m. and will completely end service on weekends.

For many Lakeview Terrace residents (including 13 current Seeds of Literacy students) this means an additional quarter- to half-mile walk to pick up the #81 at Detroit & W. 25th Street. That may not seem like too great a burden, but for the elderly, or those who have health or mobility challenges, it means a long slog up a steep incline and past a heavily-trafficked freeway on-ramp with no crosswalk. It’s no walk in the park, for sure.

RTA would do well to remind themselves of their vision to be “the lifeline for those dependent upon our services.” Public transportation should be a resource that disadvantaged communities can count on, rather than another barrier to educational and economic success.

If you’re concerned about these proposals and their potential effects on low-income Clevelanders, you can still let RTA hear your voice. RTA’s next Board meeting on Tuesday, May 10th, where they will discuss the latest proposals, is open to the public. You may also contact the General Manager’s office at 216-566-5227 or gm@gcrta.org.