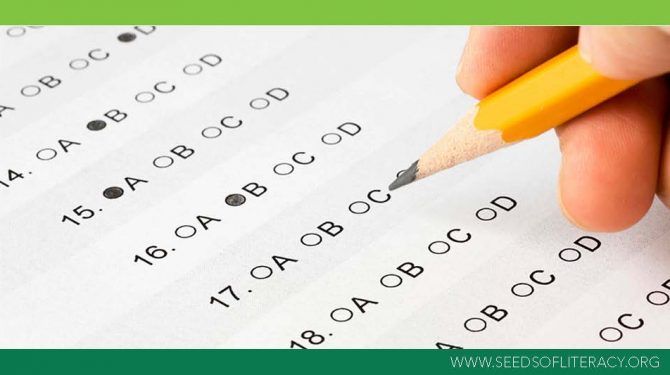 DECEMBER 31, 2021 – Data Recognition Corporation announced on their website that the TASC (Test Assessing Secondary Completion) test will be discontinued. GED and HiSET are now the only remaining high school equivalency alternatives.

The adult education landscape is changing. Until recently, a student’s options were limited — either graduate high school with a diploma, or earn a General Education Diploma / Development (GED). Without either, employment, higher education, or the ability to run a household and support a family were elusive goals.

Although the GED’s long history and name recognition has made it synonymous with high school equivalency (HSE), it’s actually just one of  three assessment companies. Some states, in fact, don’t even offer it, opting for one of its competitors instead. Although all GEDs are HSEs, all HSEs are not GEDs.

In Ohio, major changes to the GED exam in 2014 created barriers for many people in need of an equivalency diploma. In addition to adding more complex problem solving, the price increased, and the test became 100% computerized. For many Seeds students, these changes made obtaining an HSE feel impossible.

All three tests are based on the National Common Core standards for college and career readiness, and employers will accept completion of any of the three exams in lieu of a traditional high school diploma.

The state is offering vouchers for all three exams, lowering the cost of each complete test by $80 with voucher for first time test takers.

Each exam is divided into multiple sections (Math, Science, Social Studies, Language Arts), which students can take at different times.

Each test is available in both English and Spanish, with accommodations available for learning and physical disabilities.

Computerized versions of each test include technology-enhanced questions that require the ability to drag and drop, use tab navigation, and have general mousing and keyboarding abilities.

With so many similarities, why all the fuss?

DIFFERENCES AMONG GED, TASC, AND HISET

Although the tests represent three different paths to the same destination, they differ in key areas, some of which are critical to HSE-seekers who live in poverty. What follows is a general overview.

Shortly after announcing the adoption of HiSET and TASC, the state of Ohio announced it would extend the voucher program to reduce each test by $80 for first time test takers. However, the price of the three tests varies: HiSET is $115 (paper)/$94 (computer), TASC $94, and GED $120. This means that students with vouchers pay $35/14, $14, or $40 respectively. **

In 2014, the GED became 100% computerized. Both HiSET and TASC offer paper and pencil versions of the test, and students have the option of mix-n-matching: for example, social studies on the computer while taking math via pencil and paper. For those living in poverty, digital literacy abilities tend to be lower due to lack of access. For Seeds students, a completely computerized test is akin to adding a hidden assessment area – navigating a computer.

HiSET and TASC break Language Arts into two sections, Reading and Writing, so they have five subject tests compared to the GED’s four. GED test takers are asked to read two prompts and develop an argument explaining which prompt has the better-supported position. HiSET takers also respond to two passages with differing opinions. TASC takers will be given one of two essay types, either argumentative or informational. Students won’t know in advance which prompt they will be given.

In Math, a TI-30XS calculator is permitted for most of the GED and TASC exams. HiSET and TASC math exams are both divided into two sections — one that allows a calculator and one that does not.

For Science and Social Studies, TASC and HiSET are both closely tied to existing knowledge. GED is more closely tied to reading skills and comprehension of the writing prompts.

HiSET scores range from 0 to 20. Each section must receive a score of at least 8, with a minimum score of 2 out of 6 on the essay. To pass, 45 total points are required.

TASC scores range from 300 to 800, with a minimum passing score of 500. A score of at least 2 out of 8 is required on the essay portion of the Writing subject.

The GED, including essay, is scored by a computer. In rare instances, the computer will send the response to a human for further review. Both TASC and HiSET are scored by a human being, sometimes more than one.

WHICH TEST IS BEST FOR STUDENTS?

Factors such as cost, test anxiety, question and test format, computer literacy, and problem solving abilities can all play a role. In short, it depends on the student. But with three test assessments to choose from, adult learners and adult educators have new options.

**This pricing reflects an increase for 2019.

A Closer Look at the HiSET

Effective June 30, 2020, the state of Ohio will no longer offer the TASC as a high school equivalency test. Adult Leaners must take the GED or HiSET.