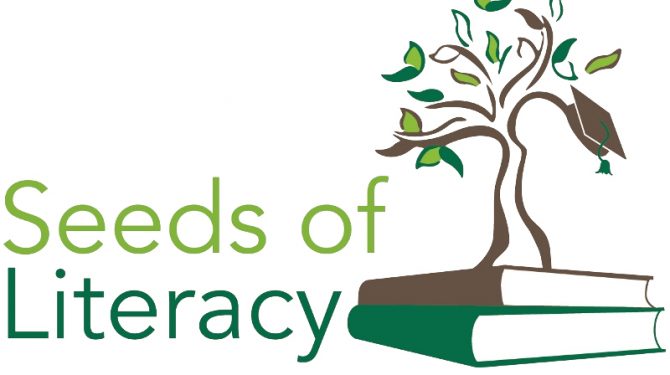 In the past couple of months, Seeds of Literacy has been growing! We’ve added four new staff members and we wanted to take a moment of opportunity to introduce everyone to their smiling faces. Come meet them here: 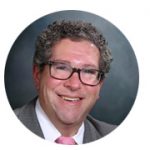 Neil Bloomberg is the new Vice President of Development at Seeds. He previously had worked in development at United Way of Greater Cleveland, last holding the role of Director of Campaign Operations for United Way’s annual campaign. After experimenting with retirement, he deiced he was too young to retire and began to look for new opportunities, before he was introduced to Seeds through a former colleague and joined shortly after learning about the organization. He said he’s excited to work with a smaller organization like Seeds of Literacy with a solid, focused mission that’s easy to understand and see everyday. Education is important to Neil, regardless of what level of education one chooses to obtain. He’s excited to share what Seeds has to offer with the community. Neil lives in South Euclid with his wife Amy and has two adult daughters and a dog named Max. 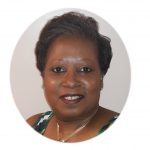 Kim Menefield is the new evening receptionist at Seeds West. She joins Seeds after working for KeyBank. She was initially exposed to Seeds of Literacy via an agency that sent her to us and she said the more she came to work at Seeds, the more she enjoyed the job, the students at Seeds and working with the other staff members. In addition to her role as night receptionist, Kim also helps keep the office running and you’ll likely see her if you stop into Seeds West on a Friday when there’s no classes. She has two nieces, two nephews, a grandniece and when she’s not at Seeds, she enjoys going out to movies and enjoying dinner at local restaurants. 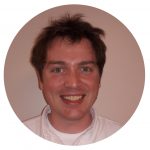 Todd Seabrook is the new Digital Literacy Coordinator at Seeds West (Don’t worry, Billy Hallal is still with Seeds – he’s now the Seeds East Digital Literacy Coordinator). Todd came to Seeds after he earned his Ph.D from Florida State University, where he actually had met Billy and via Billy, Kara, our East Site Coordinator, who suggested that Seeds might be a good fit for Todd. His background is in adult education and he previously taught for four years at ITT Tech. When Todd was asked what he hoped to accomplish at Seeds, his reply suggested he hoped to get things organized: “Everything will be ordered into rows and columns. It will all be shiny. It will all be immaculate.” A fun fact about Todd: he’s seen every Nicolas Cage movie. Every. Single. One. Yes, even “Ghost Rider: Spirit of Vengeance.” He said he watched every Cage film not because he particularly loves Cage as an actor or person, but he was tired of people putting the actor down despite only seeing a few films Cage had been in; Todd now can take up any sort of Nic Cage arguments and deliver a verdict with authority and he likely will bring that dedication to his work here at Seeds.

Ed Carroll is the new Marketing Director here at Seeds. He tutored with the organization a few years ago, but is excited to be joining Seeds in a full-time capacity. He previously worked as a staff reporter with the Cleveland Jewish News and has also worked at the Elyria Chronicle-Telegram and Sun News, among other places. He made the leap from journalism because he strongly believes in Seeds’ mission, as well as in the overall importance of education and trying to strengthen his hometown community. He hopes to help spread the word about Seeds’ good work and the success of our students far and wide. When he’s not working, Ed hangs out at his home in Cleveland with his wife, Nancy, two adorable dogs (Zelda and Luna) and enjoys video games, baseball and basketball.

If you see any of the new staff members, feel free to say hi and introduce yourself, they’d all love to get to know each and every one of you and they can’t wait to help continue the work of Seeds of Literacy!

2020 Is the Year of Digital Literacy

By William HallalSeeds of Literacy Digital Coordinator At this point, it’s a tired but true observation: you need computers to do a lot of things. …