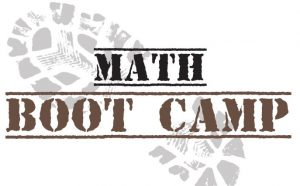 “Math tends to give students the most trouble,” explains Shabreese Murphy, site coordinator for Seeds West. “We have a large number of students who only have their Math test left and they’re becoming frustrated that they aren’t picking up the concepts as quickly.”

In response, an intensive Math Boot Camp was created.

A total of 11 students attended the Boot Camp, including two students from Seeds East. In addition to Murphy, 11 tutors volunteered to instruct.

A second Math Boot Camp will be held this Saturday, October 21 at Seeds West.  Advanced sign-up with a site coordinator is required.

“If interest remains high, I hope to offer more concentrated days like this,” Murphy said.