Literary Leisure: The Story of Summer Reading in America 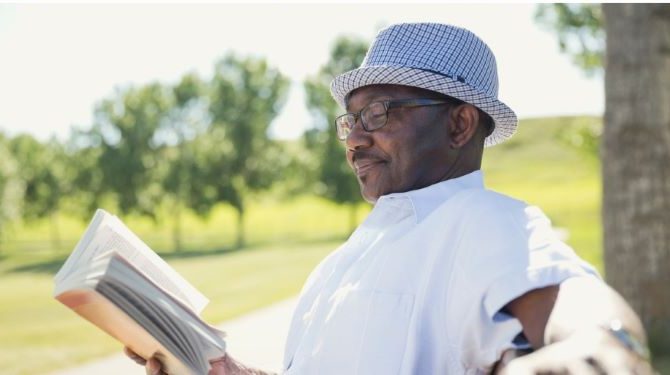 Summer reading season is in full swing, and it’s impossible to visit a bookstore or open an entertainment periodical without being inundated with recommendations on sizzling seasonal reads. Kids do it, adults do it. At no other time of year is reading so universally championed. How did summer become our reading season? The answer has a lot to do with Americans’ complicated relationship with leisure and vacation time.

As the late 1800s dawned, America’s middle class was on the rise. They now had weekends off, vacation time, and, thanks to the railroads, unprecedented ease of travel. Plus, readers of our blog will know they had compelling reasons to leave the city in summer. Thus the vacation industry was born. Resorts sprang up like wildflowers along the rail lines, offering a peaceful beachfront or mountain settings for city-weary travelers.

Throughout the boom, our ancestors’ Puritan mindset lingered, ensuring Americans would be ambivalent about all this rest & relaxation. To avoid the appearance of offering pure self-indulgence, resorts pitched themselves as vaguely or explicitly religious centers for self-improvement. A major component of this self-improvement: reading books!

The first books promoted for summer reading were explicitly meant to give readers’ brains a break. They were light, frothy, maybe a little pulpy. An example: update the climactic carriage accident of Dolores, a melodrama of forbidden love that typified the kind of book summer readers sought out, and you’d have a book that wouldn’t be out of place in Target’s mass market paperback section.

But that Puritan work ethic refused to go away. Breezy summer reads began to draw finger-wagging from the editorial pages. These 19th century thinkpieces scolded readers for consuming, as one Boston Globe critic put it, “the vast amount of utterly empty literature” that would “paralyze thought, sap the intellect.” To which we might today say: Cheer up and read some Carl Hiaasen, man.

The backlash couldn’t stop summer reading, but it may have helped expand its scope. By the early 20th century, it was generally acknowledged that “if a man enjoys history, essays, sociology, in the Winter, he can enjoy them in the Summer.” This remains true today: though publishers may prioritize the soapy as summer reads, summer reading lists—and readers themselves—no longer shy away from more serious fare.

At Seeds, we’re fans of any kind of reading. After all, 30 minutes a day can make a huge difference in expanding vocabulary, problem-solving skills, and, most importantly, empathy. So grab that book—whatever genre it’s in—and enjoy one of America’s finest summer traditions.

Thanks to Craig Fehrman for his article “How America Learned to Love Summer Reading,” first published in the Boston Globe on August 12, 2012.