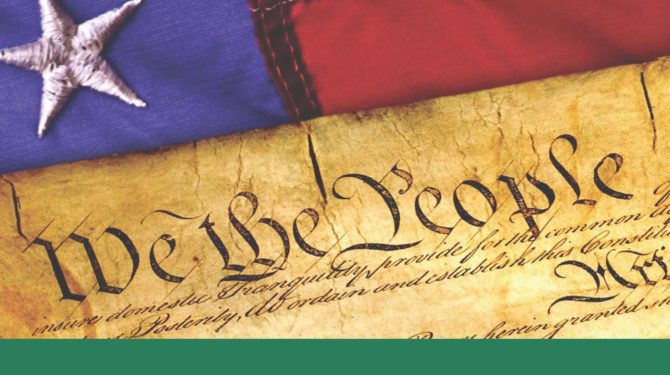 In a 40-page statement, federal judge Stephen Murphy III wrote that the state is not obligated to provide a minimal level of education by which students can obtain the ability to learn how to read.

His ruling was in response to a suit filed on behalf of students at one of the lowest performing schools in Detroit. Public Counsel, the nation’s largest public interest law firm, filed the suit in an effort to hold the state of Michigan accountable for

“systemic, persistent and deliberate failure to deliver instruction and tools essential for access to literacy in schools which serve almost exclusively low-income children of color, depriving students of even a fighting chance.”

The suit maintained that students have a constitutional right to literacy, despite the fact the U.S. Constitution does not mention literacy directly. The suit argued that the right is implied, because without literacy, citizens are unable to participate in constitutionally-protected activities such as casting an informed vote, or serving on juries or in the military.

The 136-page complaint also detailed allegations about extreme conditions that impact both quality and access to literacy, including classrooms without books or teachers, extreme heat and cold temperatures, vermin, and crumbling building structures.

“Widespread illiteracy has hampered the City’s efforts to connect Detroiters with good-paying jobs; to fill vacancies on its police force, and to grow its tax base,” said lawyers for the City.

“Illiteracy, moreover, has greatly exacerbated the effects of intergenerational poverty in Detroit.”

“The conditions and outcomes of the plaintiffs’ schools, as alleged, are nothing short of devastating. When a child who could be taught to read goes untaught, the child suffers a lasting injury – and so does society,” Judge Murphy wrote in his opinion. However, despite his agreement on the IMPORTANCE of literacy, his ruling maintains that it is not a fundamental right under the constitution. He also noted federal courts have not found sanitary housing, or water and sewer service, to be fundamental rights, either.

In 2014, a similar suit — alleging Highland Park students were denied a benefit guaranteed under Michigan’s constitution — was dismissed. “The cited provisions of the Michigan constitution require only that the Legislature provide for and finance a system of free public schools. The Michigan constitution leaves the actual intricacies of the delivery of specific educational services to the local school districts.”

READ MORE ABOUT THIS CASE

Reading Is Fundamental. But It’s Not a Fundamental Right, Court Rules – Education Week