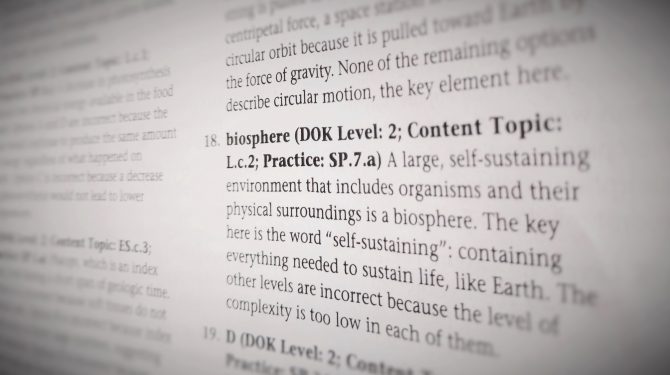 “Everybody is a genius, but if you judge a fish by its ability to climb a tree, it will live its whole life believing that it is stupid.” ~ Einstein

When I was 16 years old, I was tested for a learning disability (though I don’t like the word disability because I see dyslexia as a gift) and told I have dyslexia. This became a turning point in my life.

Until then, when I did poorly in school I was told I was being lazy and not trying hard enough. After I was diagnosed, I knew why I struggled. While it didn’t erase years of teachers and peers thinking I was lazy and couldn’t spell, or remedial reading classes while everyone else had study hall, I realized I hadn’t ever failed. I was set up to fail because the way I read, wrote, and learned didn’t fit with the way I was being taught.

When I read, words disappear while others appear and letters hop into different positions, causing confusion. When I write, my penmanship is purposely illegible and I angle the page away from anyone nearby to hide how dyslexia affects my spelling. When people hear I have dyslexia, they mention how they are bad at spelling or that they get confused by certain things when reading. However, dyslexia is not simply trouble spelling or being confused every once in a while. For a person with dyslexia, the brain is different. How the brain functions is different.

If I didn’t have spell check, you wouldn’t even read past the first sentence. You would think, what could he possibly say worth reading if he can’t even spell?

Knowing full well that people learn differently, we sit kids down and teach them all in the same repetitive way. The results, at best, are rigid-thinking people and, at worst, kids thinking they failed. Really we collectively failed by not making sure kids with learning differences have the diagnosis and teaching styles they need.

I’m included in this latter group of kids who thought they failed. But, school success and intelligence are not equivalents. Dyslexia isn’t a bad thing in and of itself. It allows people to solve complex problems with ease. Inventors, entrepreneurs, scientists, and artist often have dyslexia. I saw this first-hand during my last year of college when, even though I was an English major, I was in Sculpture III and the other two people in this level also had dyslexia. Visual, hands-on learning works best for those with dyslexia, but we are usually taught by sitting down to read.

We are set up to fail without the right methods. Trust me, I stopped trying eventually. When I was starting my fifth year of Spanish classes by repeating Spanish II, again, it was humiliating.

Many adults were never tested for dyslexia and continue to blame themselves instead of knowing that why they struggle is a system set up to make us fail. When apprenticeships and learning-on-the-job were the norm, dyslexic people thrived. But when everything became standardized 150 years ago following the Industrial Revolution, all of a sudden dyslexic people were cast aside as dumb.

Some people with undiagnosed learning disabilities might end up leaving school because they feel their best efforts don’t make a difference when it comes to learning.

Instead of telling kids to try harder when they struggle in school, shouldn’t we ask ourselves how we can meet them where they are? What happens after the 10th, the 100th, the 1,000th time a child is told to try harder after giving all they had? Why try if the results are the same as not trying? Some people with undiagnosed learning disabilities might end up leaving school because they feel their best efforts don’t make a difference when it comes to learning.

For those who gave their all in school only to have someone we respected, like a teacher, judge us intellectually and morally, remember it isn’t you that failed. When you judge people by what they aren’t good at, you miss everything they are good at and everything that makes them an individual. If you ask dyslexic people if they would want their brains to work like everyone else’s, many say no.

Dyslexia can’t be explained to someone unless they have experienced it. However, a few designers have tried to approximate the experience, which can help people without dyslexia understand what it’s like. Others have designed typefaces that attempt to help the brain of a dyslexic person keep letters in the right order.

If you have dyslexia or know someone who does, here are some books and a website that can help people understand the gift they have. With understanding, people with dyslexia and other learning issues can be successful, and so can the people who are meant to help them.