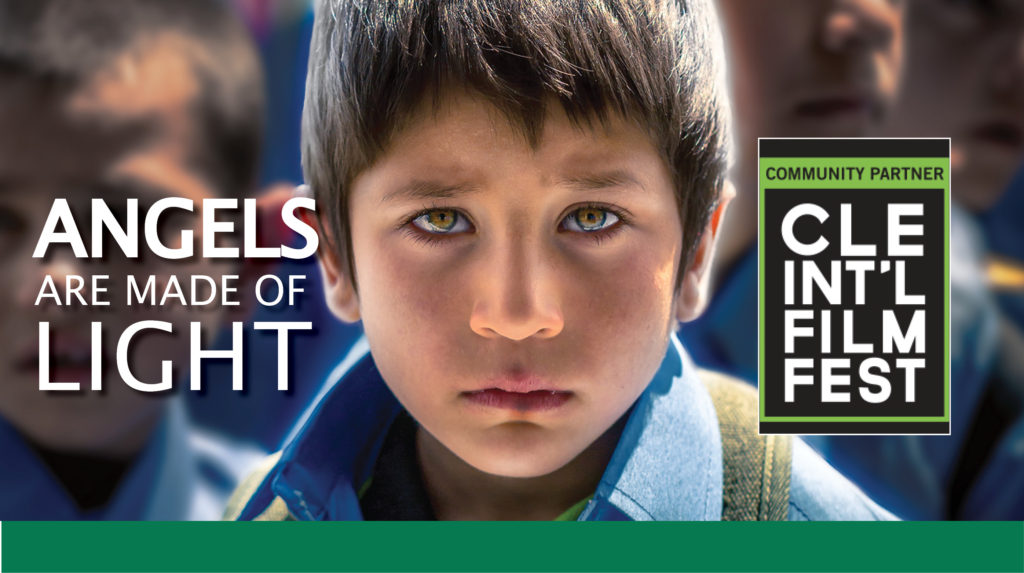 Seeds of Literacy is again sponsoring a film at the Cleveland International Film Festival at Tower City Cinemas. As part of our sponsorship, we are pleased to offer you a $2 DISCOUNT when you use the Code = SEEDS. Please share this code with your friends, family members, and colleagues. You can use the code on other films, too! Read more about our sponsored film, ANGELS ARE MADE OF LIGHT, below.

*Discount not valid for Opening Night, special events, or in combination with other discount offers

Angels Are Made of Light: Showing @ Tower City Cinemas

Read About the Film: Angels Are Made of Light

Angels Are Made of Light traces the lives of students and teachers at a small school in Kabul, Afghanistan, over three years. Through the school we are introduced to people in the neighborhood.

Our first narrator is Sohrab, a boy who hopes his love of books will lead to a life of the mind, not manual labor. Sohrab’s older brother, Rostam, wants to follow his father, but is torn about his future.

Their younger brother, Yaldash, feels trapped in his boss’ metal workshop, and dreams of the luxury of study. Their father fears a return of war to the city, and their mother, teacher Fazula, reflects on the changing nature of youth in Afghanistan.

As the film progresses, the scope broadens to include characters like Nik Mohammed, a teacher in his sixties whose memories – illustrated with archival sequences – open a window into Afghanistan’s past and politics.

Nabiullah, a new boy in the neighborhood, struggles to keep his father’s hot food stand from bankruptcy and imagines a future Afghanistan with neither Americans nor Taliban.

Moqades, a young religion teacher, espouses non-violence and decries factionalism and corruption among the powerful. Teacher Hasiba sees herself in her young students, like the spirited Sita.

Rogul, an elderly cleaning woman in the school, recalls her youth under the Soviets and the slide into civil war that made her a refugee, and looks on nervously as tribal factions again compete for power.

A presidential election passes and the history of the country enters a new stage. But what does the future hold for the people of Afghanistan?

ANGELS ARE MADE OF LIGHT
DIRECTED AND PRODUCED BY
James Longley

This film was made with generous support from AFGHAN FILM
www.AngelsAreMadeOfLight.com