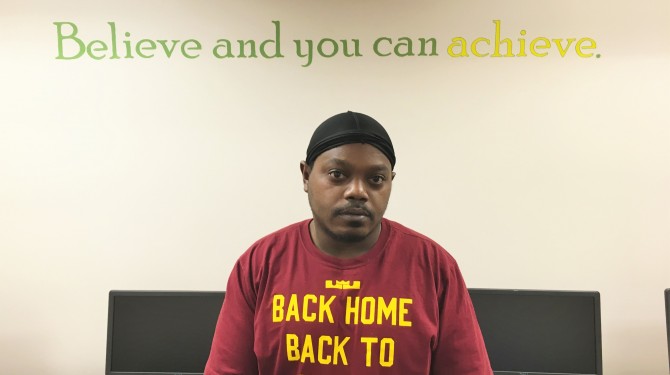 Johnnie Shackelford describes his experience at Seeds of Literacy in one word: comfortable. He feels at ease in the classroom, with his fellow students, the staff, and volunteers. “They’ve got great tutors here. The people here are nice,” he says. The Seeds East location is also really convenient. “I stay right around the corner,” he adds.

Johnnie didn’t really find high school that exciting or helpful while growing up in the Cedar-Central neighborhood. He didn’t really see the point of it all. “It was more like a fashion show. It just didn’t make sense to me,” he says.

He originally started studying for the GED® test at a traditional classroom-style program in 2013, but didn’t pass the math section. Then one day, Seeds of Literacy found him. “I ended up getting a flyer in the mail back in 2014 and I started September of the same year. I’ve been here ever since.”

Johnnie’s ultimate goal is to go to truck driving school, for which he needs his GED credential to enroll.  He speaks softly with passion and conviction when he says, “That’s what I really want to do; that’s what I’m focused on.”

Part of his education at Seeds has also been discovering how everything’s connected and practicing patience. Johnnie says he used to have trouble finishing reading assignments in particular. Now he finds that he’s reading a lot. “You’ve got to read so you can understand the question,” he says. This makes a new kind of sense to him. “I used to skip through it. But now I sit down and try to understand what they’re asking.”

He’s also coming to grips with the essay portion of the test, which he says is pretty tough. Although he’s learning to structure his thoughts more clearly and effectively, he finds the questions more complicated, making him really exercise his critical thinking skills.

As he talks, it’s clear how dedicated Johnnie is, how hard he’ll work, how much he wants it. At one moment, tears form in his eyes as he shares what inspires him, what keeps him coming back and drives him to stick with it. “My kids,” he says quietly.

Cassie O’Shea is a member of Seeds of Literacy’s Community Relations Committee. 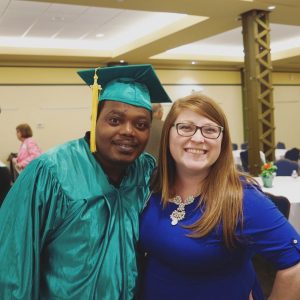