3 Things You Need to Know about Civic Literacy 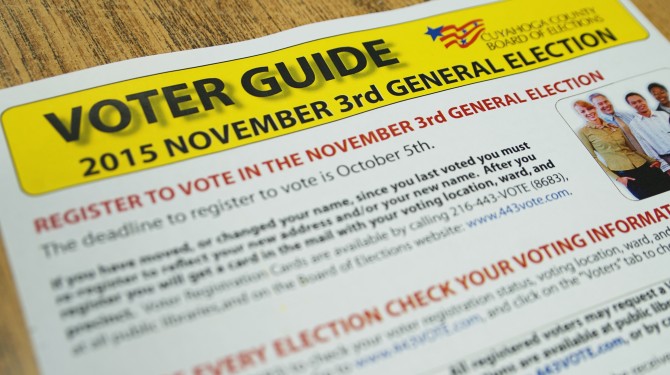 Civics affect you every day, but they’re among the most-often ignored subjects in traditional education.   It’s important to know what the rules are for how our government works, and more importantly, how we can be a part of it. Giving people the power to have a voice in their community is one of the most important parts of democracy!

With that in mind, here are three things you ought to know:

There are many people who say that civics aren’t important, or that it doesn’t matter how involved you are in politics. Cynics like to say that all politicians are corrupt, that the system is broken, that it’s impossible to get anything done.

The truth is not that things don’t matter or that everyone’s corrupt. Those are easy answers because some folks are unwilling to grapple with one simple truth: the world is complicated.

This fact causes a tremendous amount of stress and difficulty, and it causes many people to turn away from things that can have a tremendous impact on their lives. Civics are the ways in which people interact with each other and make choices about our shared society. It sometimes means looking at difficult questions and involve both compromise and discussion, along with a fair amount of patience.

It’s easier to ignore it, but that’s a tremendous mistake.

2. You CAN Make a Difference

Literally every day, there are aspects of your life affected by politics. We often don’t pay attention to local elections, but your city council representatives or the mayor of your suburb are the folks responsible for the potholes on your street, or appointing the head of the local police department. Laws, taxes, and even the places we live change based on the people we elect to serve us.

Ohio is a state that has often been radically changed by ballot initiatives over the last decade, such as same-sex marriage, casinos, and, more recently, marijuana use by people in the state. These are questions that we need to decide together, and the best answer comes along when more people were involved in making the choice, not less.

However, many of us are not informed about major issues. It’s very easy, unfortunately, to tune it all out. There are some people involved in politics who are so negative and so loud that it makes us want to ignore the problem. But ignoring problems doesn’t solve them. When we decide to disengage from the process we’re giving control of the conversation over to the only voice still talking.

Most big changes in history began with someone who wanted to improve their lives or the lives of those around them. It’s not always easy, but things WON’T get better unless we work together. When we do, it’s amazing what can be accomplished.

There’s been tremendous research that shows how places with higher civic participation have less crime, more hard-working citizens, and grow faster. It’s not about scolding or arguing, but about knowing what’s going on in your community.

Many groups offer voter guides that will explain the important issues on a ballot, and registering to vote is as simple as filling out a piece of paper and putting it into the mail.

However, for many people, this is already too high of a hurdle, not because we don’t want to be engaged, but because some of us lack the essential skills to make sense of the information that’s out there. Candidates and people on one side of an issue will offer only their side of the argument, if you’re willing to search it out. But many people don’t know about the basic institutions that control our lives. Things like community meetings and the structure of government can give more of us a voice, but only if we know about them and who we need to talk to.

If you’re struggling with basic literacy, the flood of information can be too much. That’s why it’s vital to help people-in-need improve their literacy skills so we can all make use of the information around us equally. Without these essential skills, getting your voice heard is almost impossible.

We need to promote both basic literacy & civic literacy, so all of us can understand the structures of society’s basic institutions and how things can be changed, debated, and put into action.

It’s not unusual for someone struggling with basic literacy skills to be told that the issues are too hard to understand, but that’s simply not true. People become engaged with an issue when it’s explained, and most folks are eager to put in the work and participate when they’re actually a part of conversation.

And this, actually, is the bedrock of democracy and the underpinning of why the United States was even founded, so that everyone could have a voice in our society. However, there are a lot of cynics, and negative messages can make people want to tune it all out. Some people do it because they lack literacy skills, other people are just not interested because they believe that it doesn’t involve them. These people come from all walks of life: rich, poor, educated, and uneducated. It’s OUR job, every single one of us, to offer a counter-message: every voice matters; every voice can make a difference. Big things often have small beginnings, and all it takes is a few minutes to get involved. All you have to do is make the choice to actually do it, to help others if you already know something or to ask questions when you don’t; to make your voice heard; to help those who don’t have a voice learn to speak for themselves.

So, what are you going to do?