A Lesson from the Cavs: Never Give Up 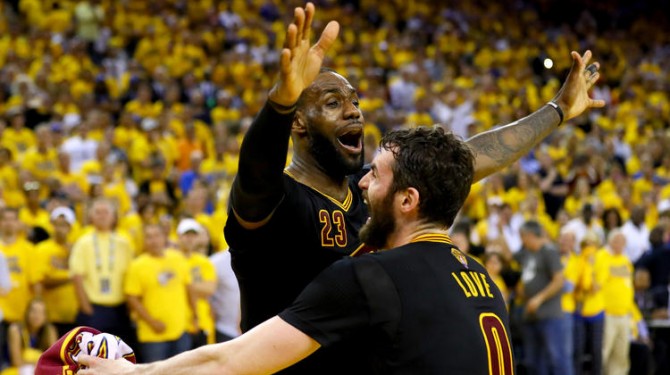 It’s a phenomenal time to be a Clevelander. People across the world today are talking about the Cavs’ historic win last night in the last game of the NBA finals. At home in Cleveland, there’s a palpable feeling of elation in the air.

The Cavs, led by LeBron James (who’s been a great supporter of his hometown and education), came behind from a 3-1 deficit, winning 3 games in a row to beat the Golden State Warriors and break Cleveland sports’ 52-year championship drought. It was a remarkable win, but for those in Cleveland, we knew it could be done. After all, we haven’t adopted the nickname “Believeland” for nothing.

Living in Cleveland, you learn to have a tough skin. We’re a working-class, Rust Belt city. Things don’t come easy, and we know it.

But we also know about hope and loyalty. Our sports teams, with their notorious losing streaks and last-minute game fumbles, never lose a fan and teach us that there’s always next year. We know there’s always a chance to try again, and you have to work hard for your achievements.

We see this tenacity every day at Seeds of Literacy, where adult learners come for free GED® preparation and basic education tutoring. The Seeds of Literacy classroom is a microcosm of Cleveland’s grit and dedication. As our students reflect Cleveland, they should also take inspiration from this win.

In an interview immediately following the winning game, LeBron admitted that he hadn’t played his best in those first games of the finals. Instead of getting bogged down in his less-than-great moments, though, he learned from his mistakes and played with more skill and attention the next time. “I watched a lot of film,” LeBron said, “detailed it out, changed my blueprint and was able to put together some spectacular games.” He knew he could do better, and he worked hard to make that a reality.

I hope everyone who’s working to change their situation around — especially adult students in a city like Cleveland, which has a 66% functional illiteracy rate —  takes this against-the-odds win to heart.

There might be a tough climb to get to where you’re going. Like LeBron said about the Cavs’ path to the championship, “I don’t know why we want to take the hardest road.” Sometimes, though, the hardest road is the only one we’ve got to travel.  It may not be ideal, but it’s okay, and it even seems to be the Cleveland way.

So yes, there is struggle, but the Cavs are the embodiment of another Cleveland ethos: don’t give up, ever.

In the early weeks of the COVID-19 pandemic, as schools across the nation were closing their doors and moving to virtual instruction, news stories about …