[VIDEO] What was Prohibition? 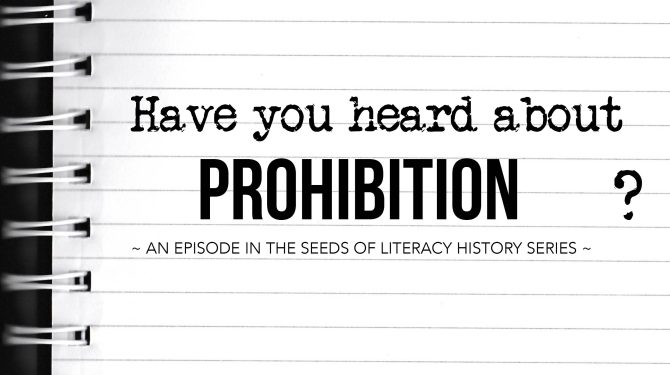 Many people use alcohol to help themselves relax.  But for many others, alcohol damages large parts of their lives.  A pleasant distraction for some is a devastating addiction for others.  This split is what led many people to try banning alcohol entirely, a movement known as Prohibition.

Indeed, for a time it was illegal to transport or sell alcohol in the United States.  But if that is the case, why is it so easy to buy alcohol today? And how did so many people decide that they wanted to ban it?

For as long as people have been drinking alcohol, it’s caused problems.  Alcoholism was not really understood, but people recognized that widespread public drunkenness was a bad thing.  However, in the days before clean, fresh water was readily available, alcoholic drinks like beer and wine were a reliable way to quench your thirst without catching a water-borne disease.

Alcohol was also a huge part of the economy.  Sales of rum and whiskey were vital industries in early America.

However, the early 1800s saw a wave of social movements cross the United States.  From anti-slavery groups to suffragettes, people wanted to change society for the better.  One of the largest causes was the Temperance movement, which tried to convince people to give up alcohol.

Like many early reform movements, the Temperance Movement saw a flurry of activity, but struggled to achieve the full-scale changes they were working towards.  Progress on these issues wasn’t measured in months or years, but in decades.

However, just as the Suffrage movement finally earned women the right to vote in the early 1900s, the Temperance Movement finally began to make deep inroads in American society.  In fact, the fight for women’s rights was often aligned with the fight against alcohol, partially because liquor and booze were often associated with violence and spousal abuse.

America also experienced a powerful religious revival in the 1800s, and most Christian groups considered drinking to be sinful.  And because Saloons tended to be meeting places for immigrants, it was also common to link drinking to the rising Nationalist sentiments of the time.

Prohibition finally saw real success in 1917, when Congress introduced the 18th Amendment.  The amendment was ratified on January 16, 1919, and Prohibition became the law of the land.

But almost immediately, there were problems.  Certain alcoholic beverages were harder to eliminate than others.  Wine, for example, is important in many religious rituals.  Furthermore, alcohol was frequently used for medicinal purposes.  In fact, small amounts of alcohol are still found in many medicines to this day.

Furthermore, alcohol was still legal in Canada and Mexico.  Countless Americans crossed the border to drink there instead.

As for crime, smuggling alcohol became a booming business.  Organized crime groups took advantage of the now-illegal demand for beer, wine, and liquor.  Criminals like Al Capone built large organizations based around bootlegging alcohol.  In response, government agents like Elliot Ness were soon being lauded as heroes for their efforts to fight organized crime.

Of course, many people also realized that they could make alcohol themselves.  Sales of distilling equipment and grape juice soared.

All of these things fueled a strong pushback against Prohibition.  But what finally killed it was the Great Depression, when the American economy teetered on the verge of collapse.  Before Prohibition, 14% of sales taxes came from alcohol.  Also, farmers and agricultural markets sorely missed the grain sales that alcohol generated.

To this day, the effects of Prohibition are hotly debated.  Some blame it for the rise of organized crime, even though most of these organizations had already been running for years before alcohol was banned.  And certain diseases related to alcohol declined, but was it worth the widespread social costs?

Whatever your own views on alcohol, Prohibition is a fascinating chapter in American history.  This attempt at improving behavior by removing temptation left behind a decidedly mixed legacy, but it also created heroes, villains, and a compelling look at how far people will go for what they desire.  Few stories capture American Society quite so well.