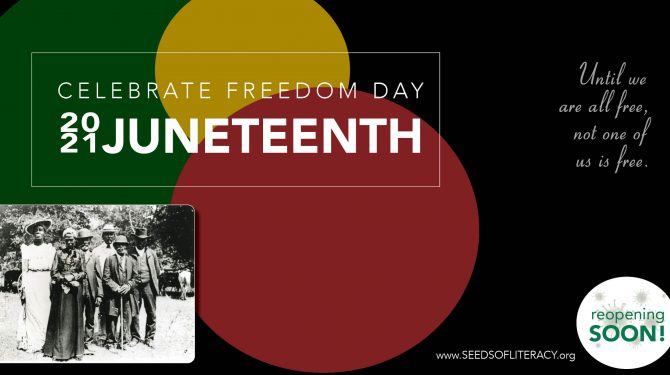 The nineteenth of June is a unique holiday. For some, the date has been celebrated for as long as they can remember. For others, it is practically unknown. This is partially because of the day’s historical origins, which were much more important to African Americans than many others. So, let’s talk about Juneteenth and why it’s a day that everyone should understand.

Our journey begins with the sad, uncomfortable truth that when the United States began, slavery was still legal, and in many parts of the country, common. Brutal and inhumane, it was also highly profitable. The fight over slavery was political, social, and economic. From the moment the Constitution was ratified, the issue of slavery threatened to split the nation apart.

These tensions finally boiled over in 1861, when a group of Southern states formed a Confederacy and attempted to violently break away from the United States, an action taken mostly to preserve their ability to keep slaves. The American Civil War followed. To this day, it remains the most deadly, violent conflict that our country has ever seen.

At first, President Abraham Lincoln’s goal was to simply stop the fighting. When he realized that the war was going to continue, Lincoln decided that if he could not end the fighting, he would use the war to do what decades of political conflict had failed to accomplish, end the horrible practice of Slavery.

However, Lincoln’s powers were limited. Slavery was written into the Constitution, and a President cannot simply rewrite it. Congress must vote to make the change permanent. But as the person in charge of the military, Lincoln COULD use special wartime powers that he normally wouldn’t have. Since nearly all of the states where slavery was legal had joined the Confederacy, and those states were at war, Lincoln could use his authority to seize the slaves away from the South the way an army can seize property. Then, he could use his authority to grant freedom to those slaves.

Texas was one of the states that had slaves, and because it was so far out west, it was one of the last states the Union captured in the Civil War. In fact, despite the Emancipation Proclamation taking effect in January of 1863, it wasn’t enforced in Texas until June 19th, 1865. That was when a Union General named Gordon Granger arrived in Galveston Texas and ordered the immediate Emancipation of slaves throughout the state. Granger had 2,000 Union troops with him to enforce the order.

In 1866, on the one-year anniversary of this event, freed slaves gathered in Galveston to celebrate what they first called Jubilee Day. Soon, other nearby cities hosted celebrations as well. Over time, the popularity of this holiday fluctuated up and down, oftentimes hindered by segregation that banned African Americans from celebrating in public parks. In Austin, a group of freed slaves bought their own 10-acre parcel of land so that they could continue to celebrate.

By the Great Depression, more than 100,000 people would commonly celebrate the 19th of June in large cities like Dallas. In 1938, the state’s governor declared it a state holiday.

By the 1950s, as black people moved from Texas to other parts of the country, they brought the holiday with them. Soon, Juneteenth Jamborees were appearing all across America. For example, the 1978 celebration in Milwaukee attracted over 100,000 people, despite the fact that it’s state, Wisconsin, had never even had legalized slavery!

The next year, 1979, Texas passed legislation to make Juneteenth a paid state holiday. This was largely due to the work of many, such as state senator Al Edwards, who recognized how important the milestone of Emancipation was for black Americans and for the fight for freedom and equality in this country.

The holiday expanded rapidly in the 1980s, though it was much more well-known in the African American community than it was in white communities. For many black Americans, the holiday is a celebration of liberation, but also a way to recognize America’s troubled relationship with racism and oppression. There are many white people for whom those issues were not as personal or as pressing, and so for them, the holiday didn’t attract as much attention.

The 2000s have brought new urgency to calls for racial justice and equality. Because of this, Juneteenth is becoming more widely recognized by mainstream culture. There are now celebrations in every state across the country, even in far-flung cities like Honolulu, which wasn’t even officially part of the United States until 1959, almost a century after the Civil War ended.

So this June 19th, I encourage you to find a way to celebrate liberation, Emancipation, and the progress America has made. Then, on June 20th, let’s continue fighting to bring true racial equality.