[VIDEO] A Historical Look at September 11 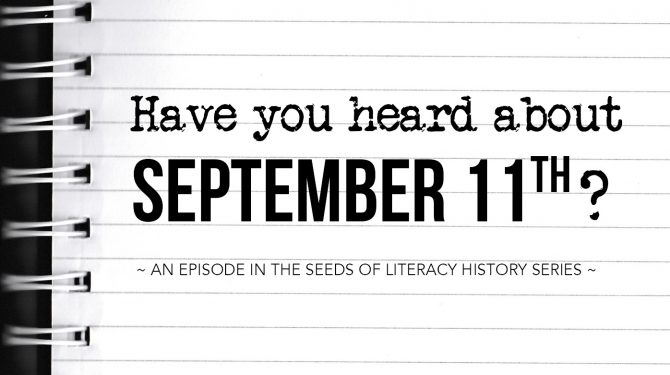 This year marks a sad but important milestone: the 20th anniversary of the September 11th terrorist attacks.

It’s been long enough now that many have forgotten why the attacks happened or the impact they had.  Many of you may have been too young to realize what was going on, and some of you weren’t even born.  But the world changed dramatically that day, one that those who witnessed it will never forget.

Other generations have suffered moments like this: the bombing of Pearl Harbor, the assassination of JFK.  But September 11th was the first truly national tragedy to be fully televised, not just across the country, but around the world.

To fully understand the attacks, we need to go back in time.  During the Cold War, the Soviet Union invaded the Middle Eastern country of Afghanistan.  The United States and its allies decided to support the rebel groups trying to fight back, called the Mujahedeen.

Eventually, the Russians left Afghanistan.  The Mujahedeen rebels had worked together to fight a common enemy, but now they found themselves in fierce disagreements with what to do next, and so the alliance broke apart into different groups.

One of the largest backers of the fight in Afghanistan was a man named Osama bin Laden.  Born in Saudi Arabia, he hated the idea of outside nations controlling the Middle East.  He recruited many Mujahedeen fighters to join his new group, Al Qaeda.

A few years later, the United States bombed the country of Iraq after Iraq had invaded the nation of Kuwait.  Osama bin Laden felt as though the United States was meddling in a conflict where it didn’t belong.

In 1993, another man, named Khalid Sheik Mohammed, attempted to destroy the World Trade Center towers in New York City.  He chose the Twin Towers because he saw them as a symbol of American economic and political power.  However, while his bomb went off, the attack itself was a failure.  Despite the damage it caused, the towers themselves survived.  Khalid Sheik Mohammed soon joined Bin Laden’s organization.  Together they were determined to strike the United States.

The morning of Tuesday, September 11th began quietly.  Then, at 8:46 a.m., American Airlines Flight 11 crashed into the North Tower.  There was immediate chaos; it was unclear exactly what had happened.  Then, seventeen minutes later, United Airlines Flight 175 slammed into the South Tower.  As people watched in horror, there was no longer any doubt about what had occured.

Two other planes were hijacked that day.  American Airlines Flight 77 was used to attack the Pentagon, the headquarters for the US military.  United Airlines Flight 93 was meant to attack either the White House or the Capitol, but before that could happen, the passengers rose up against the hijackers.  The plane crashed into a field in Pennsylvania, the only casualties being the people onboard.

After the attacks, the United States was forever changed.  The nation shared a profound sense of sadness, and for weeks, people spoke of little else.  Who had done this, they wondered, and why had this happened?

In the years that followed, our country has changed.  Security checkpoints became more common, new laws were passed that curtailed certain freedoms.  The United States engaged in two wars in the Middle East, first Afghanistan and then Iraq.  As the immediate shock of the attacks began to fade, people wondered if all of these changes had gone too far.  And while there had always been protests about the invasions of Afghanistan and Iraq, the wars began with a large amount of public support.  However, people grew less comfortable with the wars as time went on.  Had this been the right thing to do?  How had these countries been involved in the attacks?

The world today is radically different than the one that existed before.  Technology has changed, but so has our concept of safety and security.  Terrorism has become depressingly more common, but is also not as shocking or terrifying as it once was.  We’ve become used to a more chaotic world.  To this day, people debate if we sacrificed too many of our freedoms.

One thing is for certain: September 11th changed America and us as a people.  And those who lived through it will always remember where they were that morning.

Chris Richards was born on September 11. He turned 17 the day the Twin Towers fell.