The full, complicated lives of Presidents 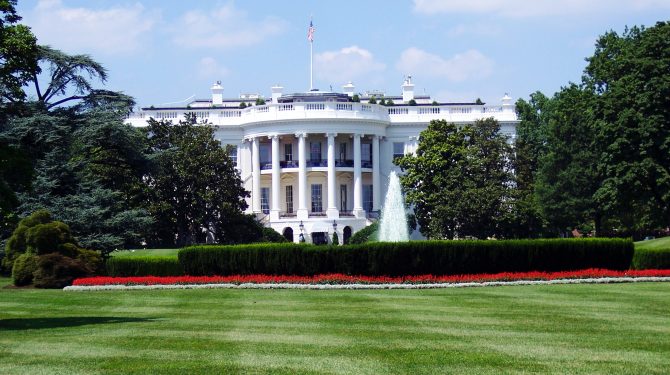 Some of you might be asking: Chris, why should I care?  Why celebrate people who were President?  Wasn’t being President enough?

The truth is, the President has an impact on many peoples’ lives.  The actions they take can change history.  George Washington helped create our country.  He built some of the most important parts of our government.  Abraham Lincoln saved America from splitting in two, and he freed the slaves.  But there is more to these people than that.

People are not born to be President.  Before being elected, they lived full, complicated lives.  You already know about Washington and Lincoln, but we have had 46 Presidents since our country began.  And many of them are quirky, strange, or just plain fascinating.

The staff at Seeds of Literacy have written a little bit about their favorite President. (One of them wrote about Presidential PETS! How fun is that?! But you have to read through the list of POTUSs before you get to that section.)

My favorite president is President Barack Hussein Obama. He was the 44th president of the United States. He is also the first Black president of the United States. I was just a six year-old in first grade when he was elected, and I just remember thinking that if a Black man could be the President of the United States that I, a young Black girl, could do anything as long as I put my mind to it and believed in myself. It was difficult growing up without many role models who looked like me, but that day I got another one! I, along with a few other young Black children were just dancing and singing on the way into the classroom because we all shared this feeling of unlimited possibilities and potential. It was an incredible feeling that I hope future generations may maintain. His presidency opened both minds and doors for people of color.

My favorite President is James A. Garfield.  No, he’s no relation to the famous cat.  Actually, Garfield is from the Cleveland area.  He grew up in Mentor, and was very poor.  However, he worked several jobs to pay for school.  Soon, he was working as a teacher at the same college where he had been a student!  Garfield was very smart, but he was also a bit of a show-off.  For fun, he would translate phrases into both Latin and Greek at the same time, writing in Latin with one hand and Greek with the other.  Sadly, he was murdered while traveling to visit his wife.  Today, you can visit Garfield for yourself.  He’s buried in a large memorial tower in Lakeview Cemetery, just off of Euclid Blvd.

Although he was the youngest president in history at age 42, Theodore Roosevelt had lived a dozen lifetimes when he was sworn in. He had led the Rough Riders Calvary in the Spanish-American War, lived as a Dakota cowboy, and had been a New York State Assemblyman. One of the greatest presidential polymaths, Roosevelt was a prolific reader and writer (speed-reading 1-3 books a day), as well as a hunter and fervent conservationist. As president, Roosevelt laid the foundations for the National Park System, setting aside 250 million acres of forests so that all citizens can enjoy America’s landscape. In a famous example of Roosevelt’s verve and tenor, he was once shot before giving a political speech, but insisted on continuing, despite the bullet being lodged his rib (where it would stay the rest of his life). In fact, teddy bears were named after Teddy Roosevelt, proof of his loveable nature and inedible fondness of animals. Truly a man of great intelligence and gumption, Theodore Roosevelt should be remembered as an example of American fortitude.

Lyndon B. Johnson was an important President for the field of education!  He was elected in 1960 as Vice President to John F. Kennedy, and was sworn in as President on Air Force One on November 22, 1963 after President Kennedy was assassinated. Raised in rural Texas, he grew up in poverty, and after completing his education at Southwest Texas State Teachers College, he taught students of Mexican descent, increasing his empathy for people experiencing poverty.  His policies as President reflected his compassion for the poor, and his passion for education.  After Kennedy’s assassination, President Johnson pushed to pass the Civil Rights Bill that Kennedy had been urging Congress to pass. President Johnson envisioned “a Great Society,” and enacted policies to provide federal aid to education, Medicare, urban renewal, beautification, conservation, development of depressed regions, a wide-scale fight against poverty, control and prevention of crime and delinquency, and removal of obstacles to the right to vote.”  His signing of the Elementary and Secondary Education Act (ESEA) of 1965 demonstrated his commitment to quality and equality in education.  The legislation was intended to close the skill gap between low-income kids in urban and rural areas and their middle income peers.

Even though John Fitzgerald Kennedy (JFK) is arguably one of the most well-known presidents, here are a few interesting things we might not know about him. He was not the youngest president, but instead he was the youngest president to be elected into office at 43 years old (Theodore Roosevelt gets the title of youngest president who was a little more than nine months younger than Kennedy when he succeeded William McKinley). Kennedy came from a very well-off family and was one of the wealthiest presidents, but he donated all his salary to charity while in office. He is the only president to have won a Purple Heart for his service during WWII (although, he originally wasn’t able to enlist in the military due to his various health issues). In fact, Kennedy had numerous health issues which led to multiple near death experiences which caused him to receive Last Rites four times before his eventual death. Finally, Kennedy had an appreciation for the arts. Not only was he a huge film and James Bond fan, but he also enjoyed literature greatly. A little known fact is that he invited Nobel Prize winning author William Faulkner to dinner, but Faulkner refused, stating that the White House was too far away to just eat dinner. Besides inviting novelists to dinner, Kennedy also started the tradition of having an inaugural poet. Kennedy asked Robert Frost to recite his poem, “The Gift Outright,” during his inauguration in 1961. Since then, three other presidents have had poets read on Inauguration Day.

His was a destiny that included taking command of the Union forces during the Civil War and becoming the 18th President of the United States. Certainly, Ulysses Grant is a native son to be proud of. But his beginnings were far from auspicious. The future soldier and statesman entered the world on April 27, 1822, in a one-room cottage on the banks of the Ohio River in the little town of Point Pleasant. Measuring barely more than 16 by 19 feet, the place in which he was born can truly be considered humble surroundings for a hero.  When Grant was a year old, the family moved 25 miles east to Georgetown, Ohio, where he lived until 1839, the year he left for West Point. The Civil War general’s storied military career included victories at Vicksburg and Chattanooga before he accepted Civil War Confederate Gen. Robert E. Lee’s surrender at Appomattox on April 9, 1865.  In the companion book to PBS’ acclaimed series, “The Civil War,” historian Geoffrey C. Ward writes, “the [surrender] terms Grant offered were simple and generous. Confederate officers could keep their side arms and personal possessions; officers and men who claimed to own their own horses could keep them, too; and each was allowed to return to his home, not to be disturbed by United States authorities.” Grant also provided 25,000 rations for Confederate soldiers.

While he may not be my absolute favorite President,  Harry S. Truman was the first president I knew as he was President when I was born.  He grew up in Missouri the son of a farmer and dealer in livestock.  He didn’t attend a formal school until he was 8 years old. He liked music, reading, and history and learned a lot from his Mother.  He did graduate from high school, but only went to a small business college for about a year.  He began to dabble in local politics, and when World War 1 broke out and the United States joined in that conflict, as a member of the Missouri National Guard, he went to Europe as a Captain in Artillery. When he returned home he started a business in men’s wear and he also began to study law, although he never took the exams to get his license.  He made a number of friends in the political arena and after serving as an elected judge, he was elected to the United States Senate in the mid-1930s.and became Vice President in 1945 under Pres. Franklin Roosevelt.  When Roosevelt died suddenly, Truman became President and presided over the end of WW2.  He authorized the use of the World’s first atomic bomb, and implemented the Marshall Plan to rebuild Europe after the War.  He also liked to play cards and drink bourbon.  He lived to the age of 88 and was buried at his Presidential Library in Missouri.  He was famous for the sign he kept on his desk.  It simply said, “The Buck Stops Here.”

Pets have long played an important role in the lives of our presidents. In fact, only 3 presidents in our nation’s history have gone without some sort of animal companionship—and 2 of those were impeached! The White House has been home to parrots, snakes, sheep, guinea pigs, several other interesting species, and, of course, cats and dogs. And while dogs may be the most prevalent choice amongst our leaders, there’s something purr-ticularly presidential about cats. The most famous cat to live in the White House was Socks, who belonged to the Clinton family. As a tuxedo cat, Socks was always ready for the press, including his appearance at the lectern of the White House Press Briefing room. And of course he was popular with children from around the country, who would often write him letters. This prompted the House Oversight Committee to once question the use of resources to respond to those letters. Socks was also one to hold his ground, as he did when the Clintons decided to add a dog to the presidential family. Socks refused to negotiate, leading President Clinton to declare “I did better with the Palestinians and the Israelis than I’ve done with Socks and Buddy.”  Socks’  popularity was overwhelming, and led to appearances in books, television shows, other multimedia, and live appearances. He even served as the inspiration for the German clothing brand Soccx. His popularity continued after the end of the Clinton administration, and unlike his humans, he managed to mostly avoid controversy (dog-related issues aside) throughout his impressive 20-year life in the presidential spotlight.

Thanks for joining us this Presidents’ Day.  We hope that you’ve learned something new, and maybe you want to learn a little bit more.