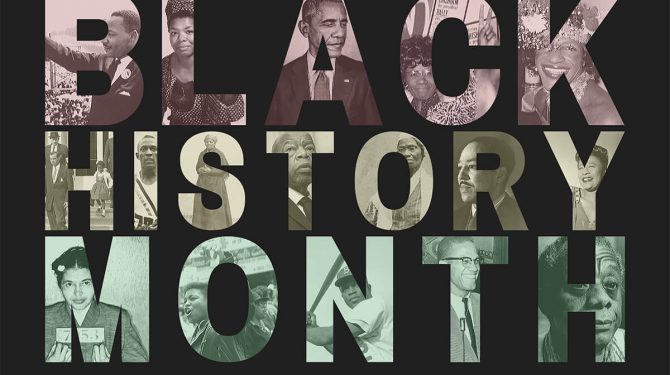 WHY BLACK HISTORY IS IMPORTANT

Check back as we feature more videos throughout the month of February!

Political activism can be a difficult, controversial life. But Stokely Carmichael didn’t back down from pressure. From his early days with SNCC to his later work with Pan-African Identity, Carmichael was a fierce, aggressive activist for the rights of African peoples. Watch this video to learn more about what he did, and the legacy he’s left behind.

One small step… By becoming the first black woman in space, Mae Jemison took a massive leap forward. For most people, being an astronaut would be enough, but Jemison is also a world-class doctor, professor, and dancer. And that’s not even mentioning her brief guest appearances on TV. Learn all about it in this fun look into her life and career.

Childbirth can be a joyous occasion, but mothers require skilled help to deliver a healthy baby. Black midwives have been performing this vital service for hundreds of years, and their hard work and dedication has welcomed millions of new children into the world.

Along with cowboys, lawmen & outlaws are staples of the American West. The first black man to serve as a US Marshall beyond the Mississippi River, Bass Reeves still holds the record for most arrests in US Marshall history. He left behind an enduring legacy for justice, tenacity, and skill.

Cowboys are a part of the American West. What many people don’t realize is that many cowboys were black, and that they had a freedom that few other black people at the time did. Melina explains this amazing story from the American Frontier.

Few people are as skilled with the written word as James Baldwin. With his essays, short stories, and novels, he examined issues of race, love, and humanity. We highly recommend that you read some of his work. After learning a little about his life, hopefully you’ll be eager to learn more.

Before Rosa Parks, another brave young woman refused to move seats on a city bus. But Claudette Colvin‘s story is much less well-known. But why? Site Coordinator Melina Lindsey shares Claudette’s amazing story.

Many people take the right to vote for granted.  But that right might not exist without the work of people like Fannie Lou Hamer.  Hamer was a tireless advocate for the rights of the poor and disenfranchised.  By the time she died of breast cancer in 1977, she’d spoken at political conventions, founded national programs, and become an inspiration to thousands and thousands of people.

When people talk about the beginning of rock’n’roll, they might mention Elvis Presley and Little Richard. Or perhaps Chuck Berry and Muddy Waters. But rock’n’roll as we know it may never have existed without the powerful singing voice of Sister Rosetta Tharpe. With her passion and powerful singing voice, she recorded what may be the first recording of we’d call rock’n’roll, and she influenced and electrified millions of people.

Medgar Evers lived enough to fill several biographies. After serving in World War II, he returned to the United States to become a family man, an early Civil Rights pioneer, and a symbol for freedom and justice. Here is his story.

Check back as we add more throughout the month!