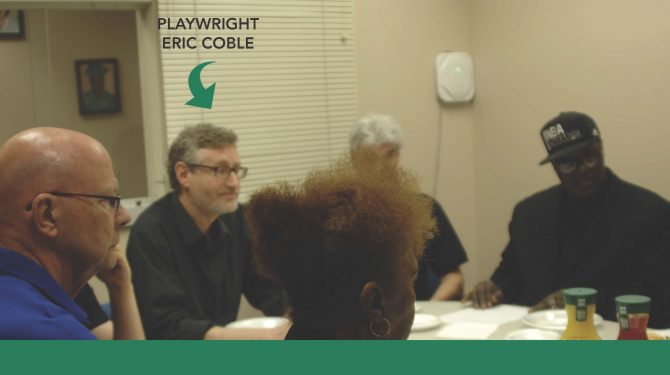 After spending the last few weeks reading Eric Coble’s collection of short ten-minute plays, Ten Minutes From Cleveland, the members of the Seeds Book Club were lucky enough to get a visit from the playwright himself on Wednesday, May 2.

Similar to his plays, Eric’s kindness, humility, and humor awed the Book Club as they asked him the tough questions about writing and staying motivated.

So inspired by his visit, one student ended the session by enthusiastically asking, “So when are you coming back?”

As Seeds President Bonnie Entler gives new employees the welcome tour, she introduces coworkers with a little background information, such as “one of the long-time …