A New Life through Education 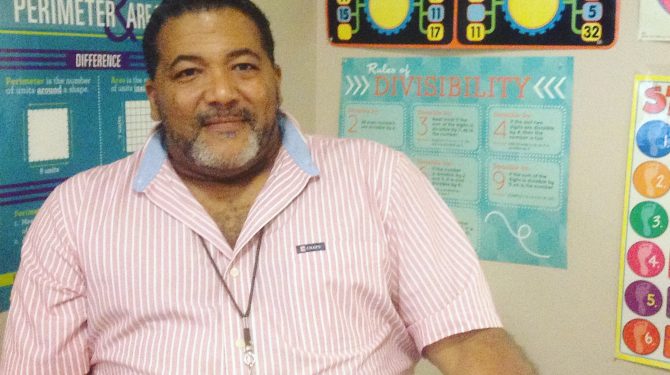 “Coming to Seeds reminded me that all things are possible,” shares Seeds of Literacy GED® graduate, James McKelton. “Here I was, 54, a grandfather, and I realized that I still hadn’t finished school.”

James is bright. He was a studious high school freshman who also excelled on the football field. Then he started experimenting with drugs and alcohol at 14, and decided “school got in the way of partying.” He dropped out in his senior year, one credit short of graduation.

James entered the Navy, where the diploma requirement was waived because of his high scores on the entrance exam. For three years, he worked as an aviation ground support electrician, but was discharged after his drug addiction resurfaced. “It was pretty hit or miss during my 20s and 30s,” James comments, listing the roller coaster of odd jobs with long hours that filled the next two decades: gas stations, car dealerships, janitor, and window washer. With a friend, he bought a convenience store at East 125th and Superior in Cleveland, which he owned for 12 years.

James worked hard, but when he got frustrated or bored, he returned to using drugs and alcohol. “I would be working, get sidetracked, and then stuck in the same circle of people who were using.” That took a toll on his health, his marriage, and his work. By his early 50s, he had sold the convenience store, was unable to work because of open-heart surgery, and still used drugs and alcohol to cope. His roller coaster life turned even more unpredictable, and he became homeless.

“Coming to Seeds reminded me that all things are possible.”

In 2016, James entered Y Haven, a transitional housing, recovery services, and treatment program. In recovery, he realized that education was his key to breaking free: “I knew that another $10-an-hour job would turn me back into the working poor. That is not what I wanted for my last years of work.” A Y Haven counselor referred James to Seeds so he could begin working towards his high school equivalency degree.

“I had lost confidence in my ability to comprehend and retain because of my addiction,” confesses James, softly. “But Seeds had the right amount of push, and [Site Coordinator] Sharon instilled confidence in me, telling me that I could accomplish this.”

Fueled by his motivation, James took off like a rocket. During his first week at Seeds, he took and passed three of the four GED tests: Language Arts, Science, and Social Studies. Then he started preparing for Math.

“I was balancing my recovery, a job, and school. Sometimes I had to take a step back from Seeds to rebalance my life. But everyone was patient. They reminded me with emails and post cards to come back. They didn’t scold me. For me, some days at Seeds kept my sanity. I didn’t have to come here in survival mode. I could let my armor down. Instead of protecting myself, I could absorb and learn.”

Like James, many students come to Seeds as part of a larger life transition, like recovery from an addiction. They talk about finding a new support network at Seeds and feeling respected. “In recovery, you need to find people who are doing things differently,” explains James. “Seeds was a place to learn in a different way. Being here helped me realize that there are as many people who want to see me succeed and get sober as there are people who don’t.”

“For me, some days at Seeds kept my sanity. I didn’t have to come here in survival mode.”

After months of diligently studying math with help from patient tutors, James passed his final GED test and was able to start a job as a Resident Assistant at Y Haven. During his treatment at Y Haven, James had volunteered to answer the phone at night and help staff with residents. Y Haven staff noticed his commitment and potential and offered him a position on staff – contingent on obtaining his GED – and held it for him while he worked toward this goal.

“This job will keep me connected with where I have been. I know what the men are going through, because I went through it, too.” James is finding an apartment and enrolling at Tri-C’s Computer Numeric Control (CNC) Machining and Composite Manufacturing Program this fall. His plan after graduating from Tri-C is to work as a CNC Operator, save money, and return to college to become a licensed counselor. “I want to hold myself up as an example of what can be done if you’re willing to roll up your sleeves and follow suggestions,” James continues, “I want to get more knowledge and a better understanding of addiction and then share that with others.”

Beyond his career, James is also reconnecting with his family. “I want to be a good role model for my grandchildren,” he says, desiring to give back and inspire others in the same way Seeds of Literacy helped him to grow.

“I came to Seeds for a GED. You gave me back my self-respect.”

You can help students like James break out into a new life as a donor or volunteer.